Debate Night for the Intermediate Term

'This House Believes That Leading By Example Is The Most Important Aspect Of The Leadership Code' was this term's Intermediate Intake debate between Rhine and Burma Companies. The debate was chaired by Sean McKnight, the Director of Studies, and the teams were supported by around 180 cadets and staff.

Oct Sherchan of Burma Company proposed the motion which was countered by OCdt McLaughlin who de-constructed the statement stating that Sandhurst alumni, Montgomery and Churchill, are seen as good leaders but did not always set a good example, one being a bully the other a borderline alcoholic!
Ocdt Burns hit back reminding the audience that soldier's will never forget if a young officer sets a bad example and cited Lt Philip Curtis who won a posthumous Victoria Cross in the Korean War as an example of a subaltern who led from the front.
For Rhine Company, OCdt Chrzanowski reminded his peers that the other six leadership skills were especially relevant if leading soldiers from another organisation.
Mr McKnight refereed a lively series of questions which, if nothing else, proved that the issue (unsurprisingly) arose a considerable degree of passion. Finally, OCdts Sleman and Mills summed-up for their respective teams.
Rhine Company team was adjudged to be the winner. This was no mean feat considering most cadets undoubtedly supported the concept of the motion and reflected the superiority of the team's collective argument. Indeed, OCdt McLaughlin was adjudged to have presented the most convincing individual case.
Vaughan Kent-Payne, the Director of The Sandhurst Trust, presented the prizes and briefed the intake on both Adventure training sponsorship and the new initiative to support the retired officer community through the Officers' Association. 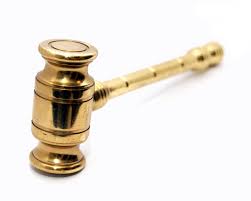